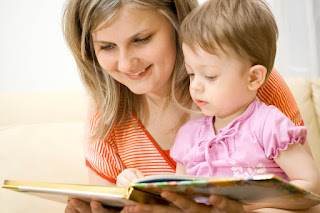 I was googling the topic of contentment-at-home the other day, and found some great websites and blogs out there, some better than others. One of the best was here: the Christian Work-at-Home Mom.

I too struggled with being content at home when, in 1991, I came home from the career world for good.  I found that it was frankly boring to be alone with two young children all day long. I knew my children needed me, that they were the most important people in my life, that I was where God wanted me, and yet...I had gotten used to the positive ego strokes I got by being around adults in the working world. So, I started looking for escape routes.

One escape route was the phone. Another was church. A third was volunteer work. I utilized all three to excess.

Then there was that bout with lupus affecting my psyche. In 1987 I had all the signs and symptoms of it--positive blood titers, aching joints, fatigue--and then after three months of pain it all went away. There is no cure for lupus, so I had to be healed from above--but in those few years afterward, it wasn't clear if it would return or not. After grieving over the death of my self-image as a strong, healthy person, I felt driven--driven to change the world while I still had time. For four years I enjoyed good health, had two more children--and kept changing the world.

The children soon figured out that they were competing with the phone for attention, and created drama whenever I was talking on it. When I hung up, they suddenly stopped the fighting and noise. Uh-HUH--this is not good, I thought. Guess I'd better be more attentive to them. So I used nap time for phone calls.

Still, John and I had church choir on Wednesday nights, where we dropped the kids off in the church daycare. That was making for too busy a week-night schedule, so we quit the choir.

But the real draw for me was socio-political activism. Those were the heady days of Operation Rescue, when prolife causes were brought to the fore. I led a chapter of Concerned Women for America in our church and planned events for outside speakers to instruct and inspire us. We started San Joaquin Prolife Council, and supported prolife candidates (we actually succeeded in helping Richard Pombo get elected to Congress). I organized over 100 churches to stage the Life Chain annually in Stockton, CA. We attended school board meetings when a furor developed over the Impressions literature curriculum chosen in the district John and I worked in. I counseled pregnant women against abortion at the local pregnancy counseling center. I spoke and debated on high school and college campuses for the cause of life. I was on radio and television. I even pressured John to run for the school board, saying, "If you don't run I will!"

And I was plagued by the gnawing feeling that I was neglecting my children. My body was at home, but my heart was not. And they knew it. Especially my eldest daughter. Her temper tantrums were still a problem, even after I came home to stay. We were not on good terms.

We came home late one night after another school board meeting, and I walked in to see the living room floor strewn with clothes and toys, the bedroom lights on and the children jumping on the beds, carrying on long past their bedtimes. Where was the babysitter? Sound asleep on the bunk bed--oblivious to the noise and lights. We never used that babysitter again, but I felt responsible and guilty for leaving my children with a stranger again.

Then there was Bible Study Fellowship. That was an awesome influence on my life; even though the children were again being watched by others, they (and I) were being taught the Bible in a systematic way. In my next post, I will tell how God used the story of David to speak to my heart.
Posted by Del Snedra at 10:03 AM